Home / Who We Are

As a third-generation, family-owned company, we understand the importance of our role as an employer and as a partner in the communities where we do business. The experience we have gained over the generations has helped us hone our role and has helped us define our vision as a company to have supportive and enthusiastic employees and customers. To have our vision realized, our mission is to strive to be the most reliable, responsive, informed and caring supplier of building materials and related products and services. 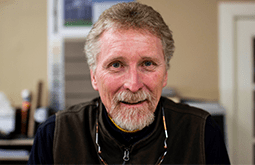 Bill Miller has been at rk MILES for more than 23 years and is part of our inside sales team at our Manchester location. His favorite part about the job is meeting new people – being able to work with all sorts of different people keeps the job interesting! He loves to take on new challenges that come along with his customers’ projects. When Bill is not working you will find him kayaking, golfing, watching the Buffalo Bills or working in the yard! 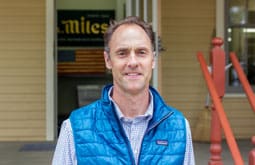 Joe grew up in the Building Materials business and he has benefited from the direction and advice of many past and present rk Miles employees. The family business turned out to be his best prospect for employment following graduation from UNH and for the past 30+ years, he has enjoyed the challenge of the business and its involvement in the communities it serves. Joe enjoys mountain biking, trail building and running. 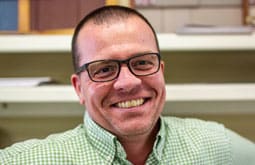 Jeremy joined the rk MILES team 7 years ago! Some of his favorite things about being a Fleet & Safety Manager is the interaction with 250 employees at 10 unique locations throughout the company. Jeremy enjoys Introducing new equipment to the growing fleet and cultivating the evolving safety culture. When Jeremy is not working you will find him exploring the Green Mountain National Forest, hunting/fishing, spending time with family, and snowshoeing and skiing during the winter months!

rk MILES has a long history in Vermont and is proud to be a third-generation family-owned business. Manchester, VT has been our home since 1886 when Frederick Miles first logged timber on the slopes of Red Mountain. The company logged, milled and sold timber in various locations until 1927 when the Miles Lumber Co. was established in Arlington, Vermont.

Throughout the following years, Richard K. Miles, Sr. learned that building solid customer relationships and supporting the community had become the company’s greatest strengths. As Miles Lumber Co. continued to grow, a second location was established in Manchester, Vermont in 1940 and r.k. Miles, Inc. (dba rk MILES) was founded.

Over the next 40 years, the successful growth of rk MILES was due in large part to the company’s commitment to fair business practices, belief in family and community, the loyalty of its customers, and the leadership of Richard K. Miles, Jr. In 1992, after the death of his father, Josiah E. Miles took over ownership of the company.

Now, in our 81st year, with the acquisition of Allen Lumber Company’s four locations in November of 2020, rk MILES now has a total of 10 locations – we are better positioned to serve our customers throughout the entire state of Vermont and in Western Massachusetts. 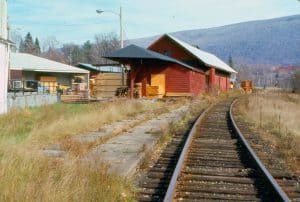 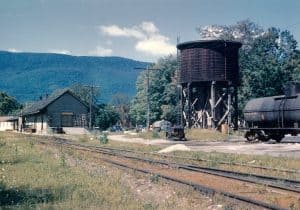 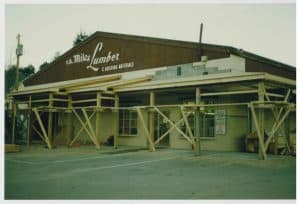 We are committed and care about the communities we do business in and this commitment is one of the core values of our company.

We understand how the way we do business affects the communities in which we work. We care and show support with donations to local organizations and nonprofit groups.

We also understand the impact our company has on the environment, so we recycle and research environmentally preferable products when purchasing for our facilities.